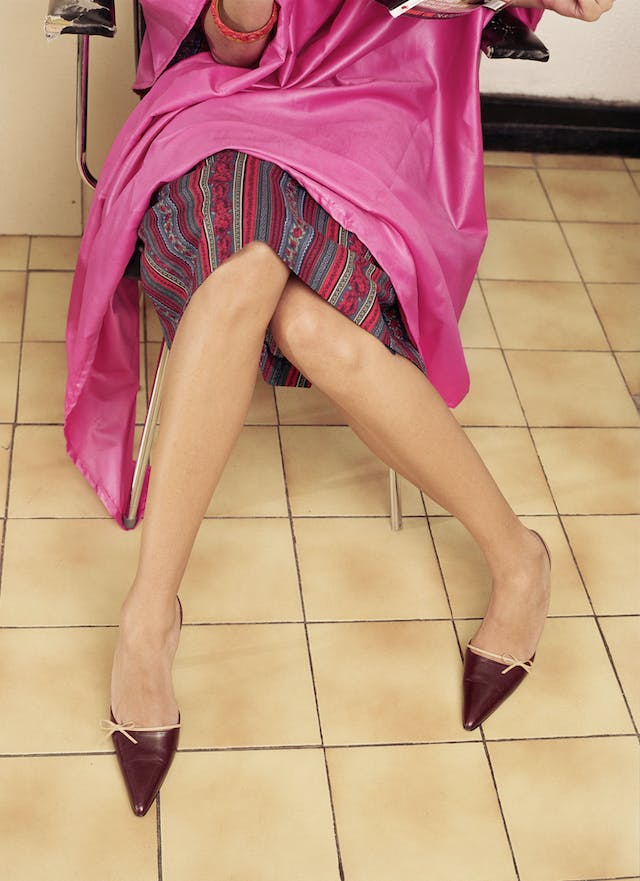 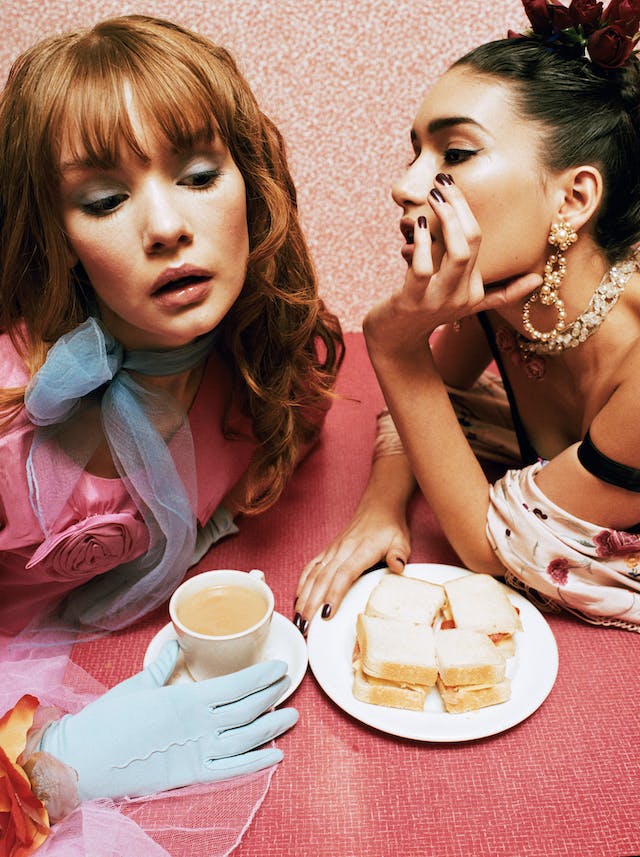 Fashion photographs of two young women dressed-up in vintage clothes, having tea and sandwiches and chatting in a traditional bygone London Cafe. 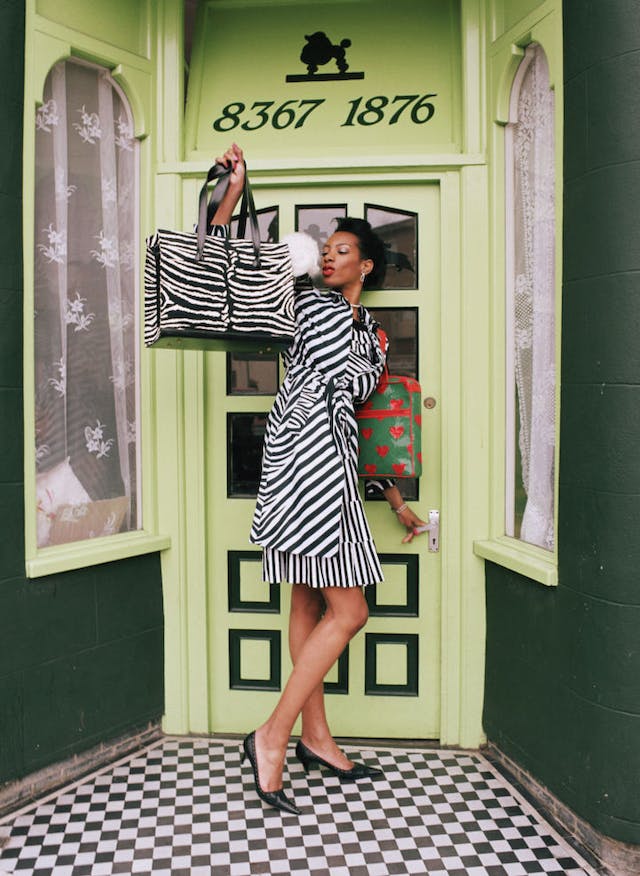 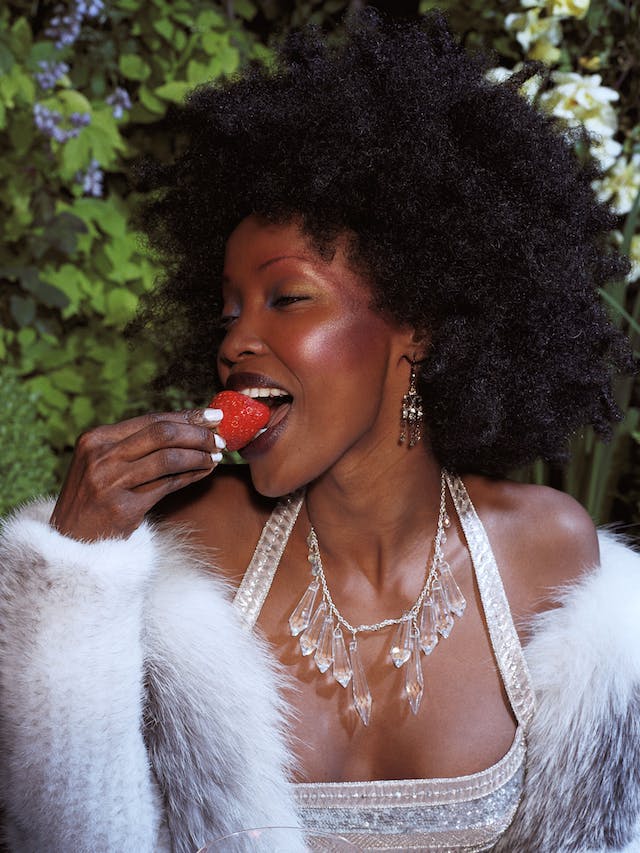 Fashion photographs of three women dressed-up in high fashion, having mad tea and sandwiches and chatting in a picturesque London garden

These four fashion stories came from my wish to create fantasies. I come from a colour documentary background. I have made an amount of work about women.

I wanted to experiment with the idea of fashion/documentary. I was curious about inventing environments in which I could place women of my choosing and dress them to be to be characters, letting them interact.

What I ended with in each case was a combination of an exquisitely funky, fantasy reality and high fashion with a vintage edge. The styling ranges from 30s hankies and 60s sunglasses to contemporary Mappin and Webb diamonds, a mixture of rockabilly skirts and luxurious gowns and furs.

All the London locations had their own idiosyncratic flavour. All places I’d fantasized about.

I enhanced and styled a very faded Enfield dog grooming shop into my dream poodle parlour. I created a clientele and a staff.

I begged the retiring woman owner to shoot in a 40 year old central London tearoom cafe on the eve of closure. I had always loved its pink formica 50s interior. I filled it with a Frida Kahlo gossiping with a wistful redhead and enjoying a cheese sandwich which could only, politely, be described as old fashioned.

A completely different kind of tea party more reminiscent of the Mad Hatter took place in high summer in my London garden. Very girly, yet elegant, it started with meringues and silver tea set and ended with strawberries and champagne.

The wonderful old Crouch End hair salon needed no enhancement as a backdrop. I dressed the fabulous set of quirky models in pink capes, stylish clothes and they chatted away as their hair was done.

All my major projects

A small collection of published work

A listing of my published books